Giới thiệu Game:
This is a mini game for practising prepositions in English. It is suitable for English as a second language students rather than native speakers. The prepositions are generally basic and the vocal is quite low level. A preposition is a word or phrase that shows a relationship between 2 things in a sentence. For example the sentence "The book is on the shelf" contains 2 objects (book and shelf) and the preposition 'on' denotes a relationship between them. Other examples of preposition include 'under', 'by', 'with', 'without', 'because of'. In this game, all the preposition used are prepositions of place which means that they describe where objects are in relation to other objects. The aim of this game is to give students an opportunity to practise prepositions in a way that has a clear visual context. And in a way that is interactive with immediate feedback. Students can actively move objects and see them positioned according to a preposition; it is hoped that through this, students can get a more concrete understanding of prepositions and their meaning. Each time a student reads and understands a preposition and then moves the object accordingly, they are re-enforcing the meaning in a realistic context.

Hướng dẫn chơi Game:
To play the game a student just has to read the sentence and then move the matching object to the correct position. The objects can be moved with their a mouse or by touch using a mobile device. A total of 9 scenes are used in this game: front room, bathroom, bedroom, fridge, park, cafe, classroom, TV and office. These were chosen in the hope that they provide real-life context and match situations in which students may actually hear and use prepositions in their daily life. The prepositions used in this game include the following: in, on, under, above, next to, right, left, behind, in front of and between. For each of the 9 scenes there are 12 objects that must be positioned correctly; once this has been done, the student proceeds to the next scene. The scenes get progressively more difficult both in terms of the language and the time allowed. If you think this game is too fast or too difficult for your students' English level, then you can play in 'slow' mode. To play slowly, just click on 'slow' at the title screen, or change the settings by clicking on the button in the game. This game is made in Javascript using the CreateJS framework. If you have any comments, questions or feedback, then please use the form below to post a message or send me an email using the contact form linked at the top of the page. 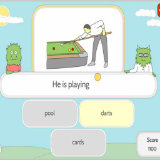 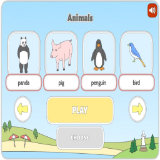 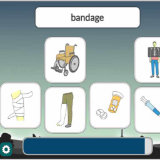 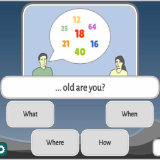 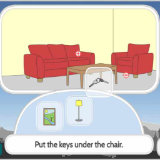 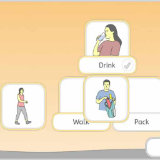 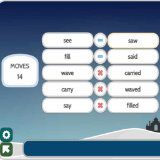 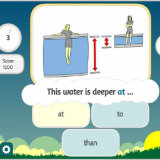 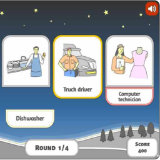 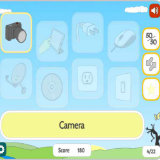 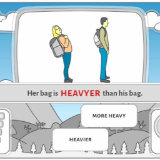 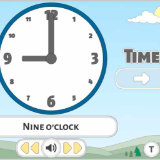