Giới thiệu Game:
Update January 2021 Changed the game so that it automatically plays the next set of clothes rather than returning to the selection screen. You can still select a set to use by clicking on the exit button and returning to the select screen. This is a mini game for practicing English, specifically ESL (English as a second language). The content is clothing and clothing related vocabulary, with target phrases such as "he is wearing a hat" or "she is wearing a dress". The language is quite simple and so this game is really aimed at beginner level learners or young children. I tried to include some more unusual items, such as "mittens" and "baseball cap", but generally the language is very simple - "pants", "T-shirt", "shoes", "coat".

Hướng dẫn chơi Game:
To play, you simple have to read the sentence and then drag and drop the correct clothing item over the correct person. So if the target phrase is "He is wearing a jacket", then you have to move the 'jacket' image over the man. Sometimes colors are included to make the instructions more specific - in the winter scene both are wearing coats and so differentiation by colors is necessary. Before each game screen, there is a preview screen in which you can review or double check the vocab items that will be used. It is hoped that users can learn or review any new or less familiar items before beginning the game. Then once the game starts seeing and moving the clothes in context can reinforce the meaning of the words. To try and make the game more interesting, a timer was added to give an element of challenge. The timer gets faster as you progress, especially if you complete the sets quickly. While some people dislike this, I think it's useful to keep engagement and encourage repeat playing. There is also a score system and high scores screen to encourage competition. To get a really high score, you need to complete the first set of content really quickly. If you do this, then 3 gold circles will appear next to the score box. After that, the score you get for each correct item is increase; although, the timer also runs down much more quickly. There are a total of 7 sets of content and each has a different theme - Summer, Winter, Spring, Students, Formal, Casual and Beach. I tried to make these as comprehensive as possible so they cover a wide range of clothes. The themes of Fall and Nightwear didn't make it in as they didn't have enough difference to the other sets. extra stuff - speed etc, sets, num items, pants, Tshirt The word 'pants' was chosen over 'trousers'. This is not so much because I favour American English over British, but rather because I think 'trousers' is less widely used and is more likely to lead to confusion. Most people will understand what you mean when you say pants, but saying trousers might seem strange to some. For T-shirt, I went with the capital letter at the start. This is because it is how most textbooks spell the word. The game is written in Javascript and uses the CreateJS framework. The scores table at the end is served from a NodeJS server on DigitalOcean. 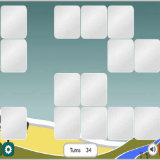 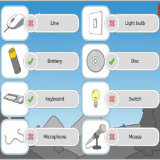 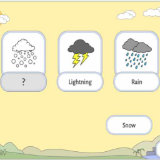 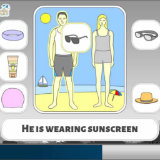 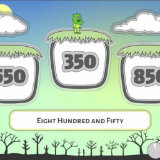 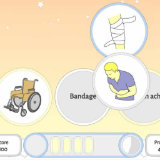